GET A FREE ESTIMATE

We Only Use High Quality Materials

We Have The Most Rigorous Prep Work

We Clean Up After The Work Is Done

WHY YOU SHOULD CHOOSE

Are you thinking about having polyaspartic floors installed? Here are some of the key things to know:

The Durability Is Great For Commercial Spaces and Industrial Facilities! We are excited to offer a new anti-microbial polyaspartic coating.

The key to a perfect polyaspartic floor is quality and detailed preparation. We only use the highest quality prep equipment from Substrate Technology Inc., Husqvarna, Pulse-Bac, and more. Our equipment is used for diamond grinding or shot-blasting, crack repair, control joint filling (upon request), spalling repairs, and coating removal (if necessary).
SURFACE PREP: DIAMOND GRINDING 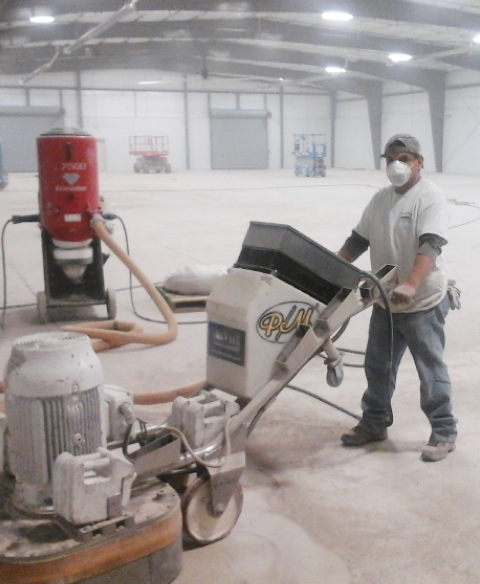 We prepare the concrete surface using our concrete diamond grinder to get the floor smooth and clean.
COATING APPLICATION 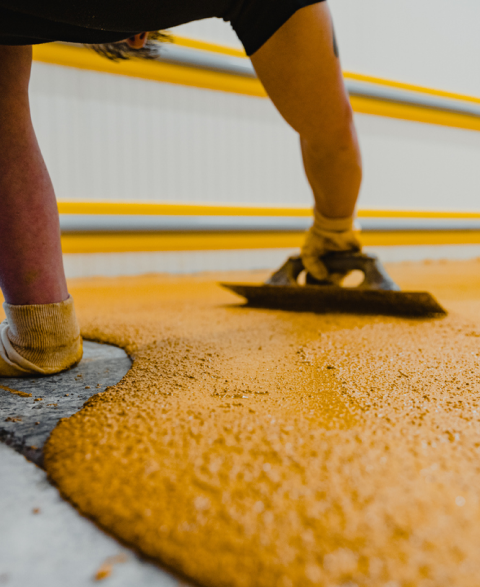 Then we apply our proprietary dye/stain and seal it with our SHP Polyaspartic clear coat. The benefit is that you get the aesthetic beauty and appearance of an acid-stained floor with the performance of an industrial-grade coating.
FINISHING 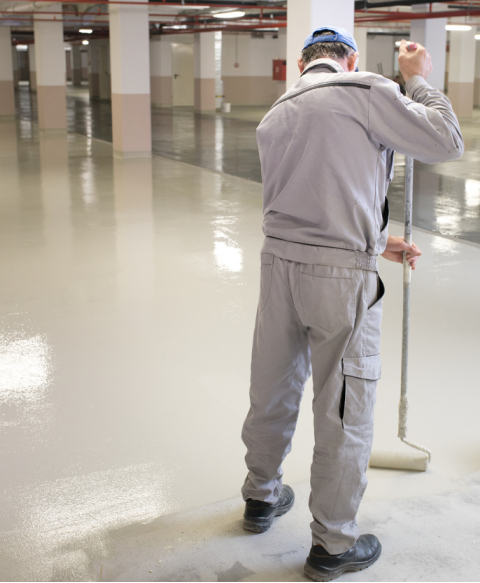 Then we seal them with a coat of our super high-performance polyaspartic clear coat.
CLEANING 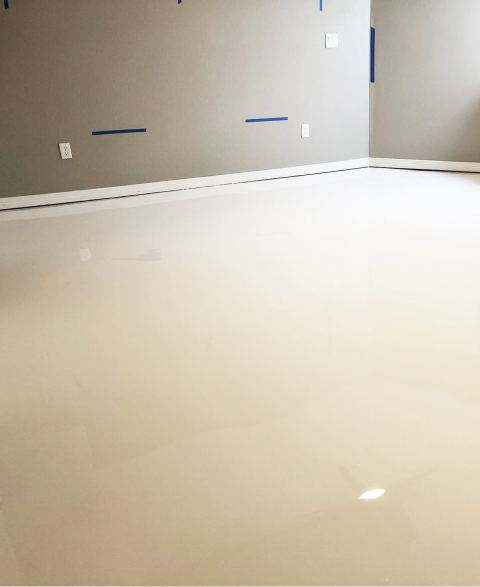 Then we seal them with a coat of our super high-performance polyaspartic clear coat.
OUR PROMISE
Being upfront, honest and acting with integrity is a fundamental reason why Mile High Coatings is the best polyaspartic floor contractor from Fort Collins to Denver. The vast majority of our work comes from repeat customers and word-of-mouth referrals.
GET A FREE ESTIMATE 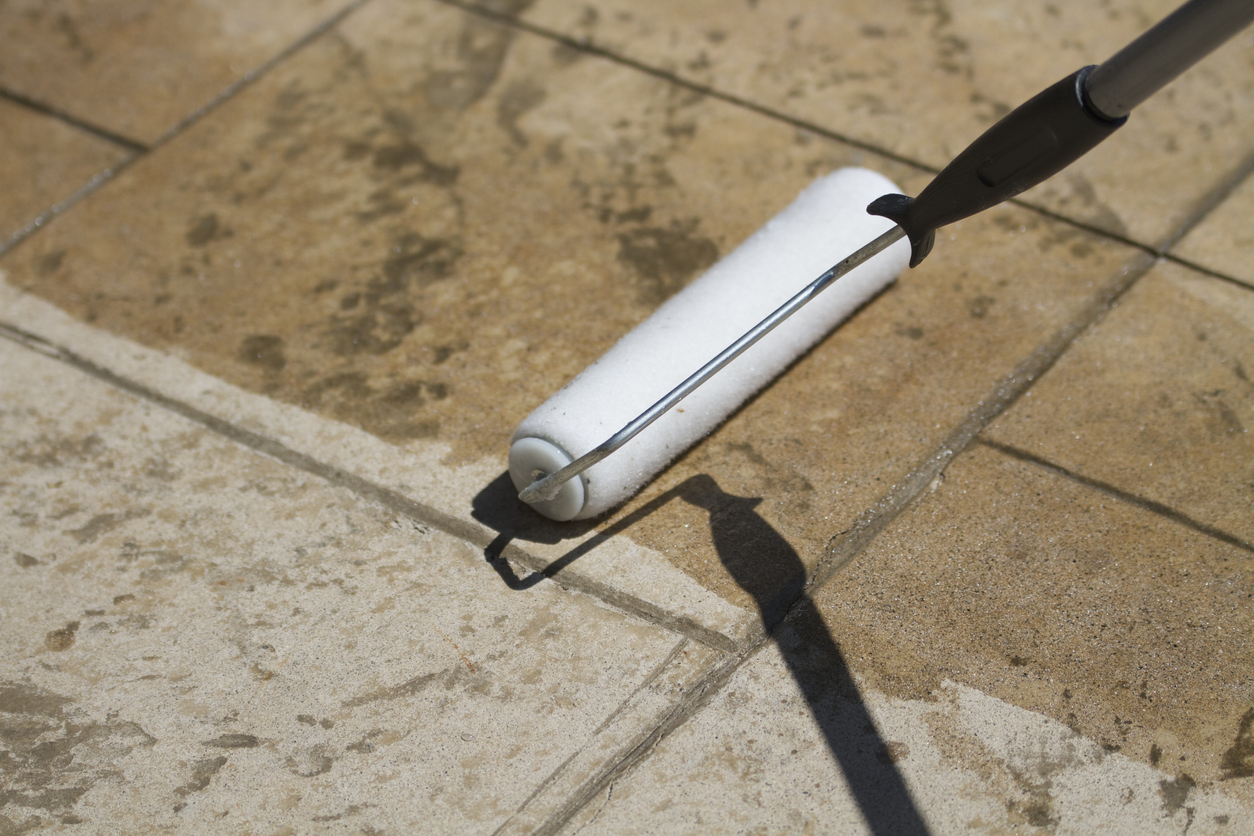 How long does it take to install a garage floor?
We can install most 3-car garages in one day.
How long do I have to wait before I can walk on the floor?
You can walk on the floor the next day (generally within 4-6 hours for most of our floor coatings)
How long do I have to wait before I can drive on the garage floor?
You can drive on the floor after 48 hours.
Do you acid wash or acid etch the floor?
Negative, Ghostrider. Because we diamond grind every garage floor (and nearly every other type of floor we do), we do not need to use any acid. The diamond grinding is a far-superior method of profiling the concrete and preparing it for coatings. The acid etch method is a common homeowner / D-I-Y method and is generally not sufficient.
What happens if it snows or rains or if it's cold outside?
We should all take a day off and head to Winter Park! We can usually install garage floor coatings in most weather conditions. If it rains or snows, we can always lower the door and make a plastic tent. Only on very frigid days, we may decide to postpone. Our coatings can and will cure in temps below zero. But the crew might be frozen solid!
What if I already have an epoxy floor or concrete paint on my garage? Can you still give me a new epoxy floor?
You bet! We use our diamond grinder to remove the existing coating. That way we can ensure that our industrial-grade products will properly adhere to the concrete.
Are the epoxy garage floors or patios slippery?
The floors are not slippery when dry. Because of the grit and/or texture of the flakes or quartz, they offer some slip resistance when wet. However, as with any sealed surface, we always recommend using caution whenever water, snow or ice is present.
I have a large crack in my floor. Do you fix that?
Yes. We can repair cracks, but can't necessarily guarantee that they wouldn't come back (due to slab/ground movement). In most cases, they don't return.

“I’d like to recognize the work that David and his crew at Mile High Coatings did in painting our new sun room. As a newly-constructed addition, they carefully prepared all of the new surfaces for paint by caulking, filling nail holes, and priming. With the new paint on the addition, our entire home looks great. They were always on-time, professional, courteous, and worked hard until the job was complete. I would highly recommend Mile High Coatings to anyone needing a professional paint job at an affordable price, done by people whom you can trust.”

​“I can’t tell you enough how pleased we are with the appearance of our house; it looks brand new, not 10 years old. Our neighbors and total strangers walking by have commented on how great it looks. We are very impressed with the way you handle your business. You explain the details of the contract and every step of the actual painting process. Your pricing is very reasonable; your painters were courteous, hard working, very efficient and left everything the way they found it. We consider you a true Professional, as you obviously take pride in your business. We would highly recommend Mile High Coatings to anyone who is considering their house painted. We are completely satisfied.”

“We are very pleased with the careful painting process demonstrated by David and his crew.”

“I am actually excited for winter for the first time in years because I get to hang out in my garage. David and crew, thank you so much for the beautiful epoxy floor. I didn’t know such incredible results were possible for such an affordable price. I can’t wait to show my friends and neighbors – and I will tell them what a great job you did!”

“David, thank you for an outstanding paint job. Simply put, you did exactly what you told me. The house looks great and I can’t wait to have our patio stained and garage floor done in the spring!”

“The prep work was extremely professional.”

“I hired Mile High Coatings to paint the interior of my home. David showed up to the estimate on time with a smile. He listened to everything I wanted and gave good advice when asked. I had him choose the colors… They were exactly what I wanted, but couldn’t come up with on my own. We worked out a reasonable price and set a date for the work to get started. David and his helper Jesse showed up ON TIME. They got to work right away. They are very detail oriented. They were very nice to be around the entire time they were in my home. By the time the crew left, my kids were wondering when they get to come back. I highly recommend Mile High Coatings to anybody and when people show interest I tell tell them right away what a wonderful job they did. I have had people come into my home and be very impressed with all the flawless lines and wonderful job. I would hire them again in a heartbeat!!”

“Thank you for the wonderful job you and your crew did painting the exterior of our home. Your crew was polite and courteous. They did a great job on the preparation and keeping the area around the home clean. The red accents and shutters look very nice. Also, thank you for working with us around the new window installation. I’d recommend Mile High Coatings as a professional, honest paint company that did a quality job at an affordable price.”

“David and the crew were very eager to get the job done correctly. Our home looks wonderful and we are very pleased. Thank you.”

“Thank you so much for all your hard work in getting our home looking great. David and the painters worked hard to make sure that our house was properly prepped before the painting began. During the first day, some rotted boards were identified. We came to an agreement about replacing them and they did a great job! David was very patient when it came to us picking colors and we couldn’t have done it without his guidance. Thanks to David and Mile High Coatings, we have had several positive comments about our home and we couldn’t be happier. I would absolutely recommend them to anyone and everyone!”
​

“I wanted to send a letter recommending the painting services of Mile High Coatings. I contacted Mile High Coatings on February 10th. I wanted to paint the inside of a rental property before the new tenants moved in. Mainly the main living and kitchen areas, which had very high walls and acoustic ceilings. We were on a tight schedule and had to have the inside painted by February 23rd. Of the three options I chose, and the three estimates I received, I chose Mile High Coatings because of the representation of David Nanninga, owner, and because of the value and fairness of the quote.

David and his crew were able to start the job on Monday February 16th, which was a holiday. David estimated the job would take 2 days. David continuously communicated with me on the status of the job. The prep work done prior to spraying the walls and high ceilings was extremely professional. All exposed areas not to be painted were thoroughly covered. They patched a large crack in the high ceilings to the point where you could not tell there ever was a crack there. They painted over some difficult areas of uneven painting from the previous tenant. When the job was finished and I did a walk-through, I was extremely impressed and pleased with the outcome. They were finished by Wednesday, February 18th.

When the new tenants moved in, they were in awe of how nice and bright the interior looked. In fact, we held my Mom’s wedding at the house on February 28th and all guests were impressed.

I would recommend David and his team for any interior or exterior painting job, and would definitely use them for a future project.

GET A FREE SITE ESTIMATE